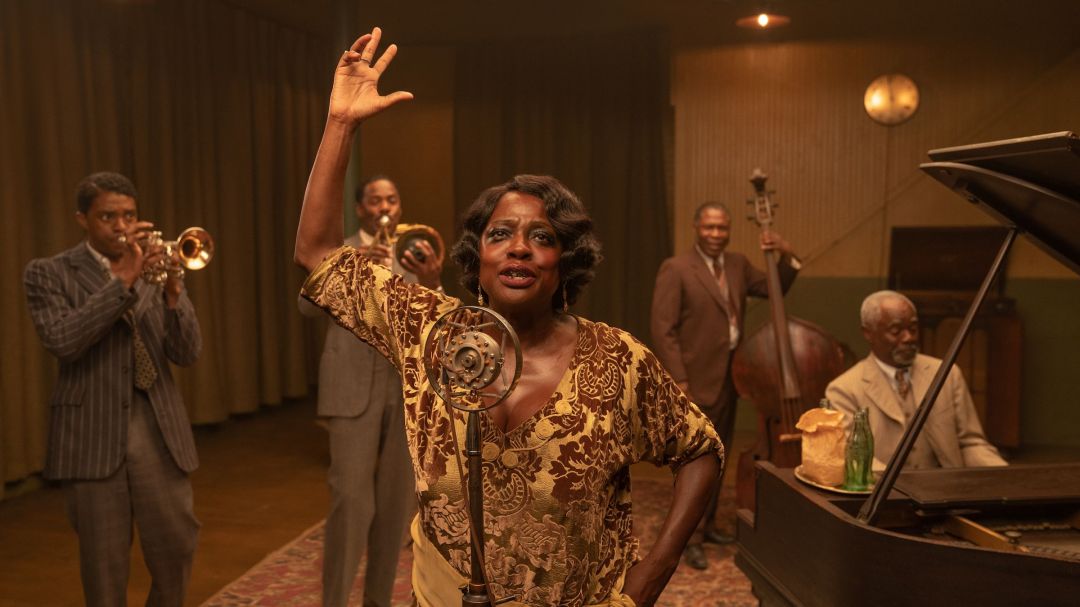 In the heart and soul of “Ma Rainey’s Black Bottom”, there are three real-life artists you need to appreciate and celebrate. The first is the singer Ma Rainey, who is referred to as “the Mother of Blues” and shares the same name with the film title. The second is Pulitzer Prize winner August Wilson who wrote the original play in 1984, one of the 10 Wilson’s influential plays that producer Denzel Washington had dreamed to bring to the screen. Washington directed and starred in the first play “Fences” in 2015, for which Viola Davis took home her first Oscar. Finally, there’s “Black Panther” himself Chadwick Boseman, who shockingly passed away this August from cancer at 43, giving us his timeless swan song.

It’s 1927, Ma is invited to a Chicago studio to record a new album for white executives, and the racial tension has never been this devastating than ever. Directed by theater legend George C. Wolfe, “Ma Rainey’s Black Bottom” mostly takes place in this humid, sultry recording studio, representing the physical, emotional, and mental struggles of African American identity. The film is a beautiful achievement for sharing the joys and dedications of making music with these black artists. It’s a precious homage to Black music. You can easily feel the cast and crew project their real-life experiences and passions into the film’s materials, nevertheless, I can’t help but giving most of the credits to Davis and Boseman.

The spectacular Davis plays the iconic Southern blues singer Ma Rainey, dazzlingly opening the film with a show in Georgia. With gold teeth and dark eye makeup that smeared by her sweat, Davis’ interpretation of Ma Rainey is a powerful strong force. And Boseman is Levee, a trumpet who plays for Ma’s background band, who dares to challenge and test Ma’s idea of her own music.

There’s a haunting feeling when you realize it’s Boseman’s final moment on screen (especially he has a monologue where he questions God took people away too soon and too cruel), even though at the time of the shooting, it was impossible for Boseman knowing this would be his last performance. Levee is a gifted man with a broken soul, and Boseman made sure we can’t stare away from his anger, pain, and trauma. It’s his darkest performance and yet most human one. Davis might have her finest performance after “Fences”, but like Levee consistently hijack and interrupt Ma’s singing in the film, “Ma Rainey’s Black Bottom” is the movie that belongs to Boseman. And it breaks my heart by just saying this.